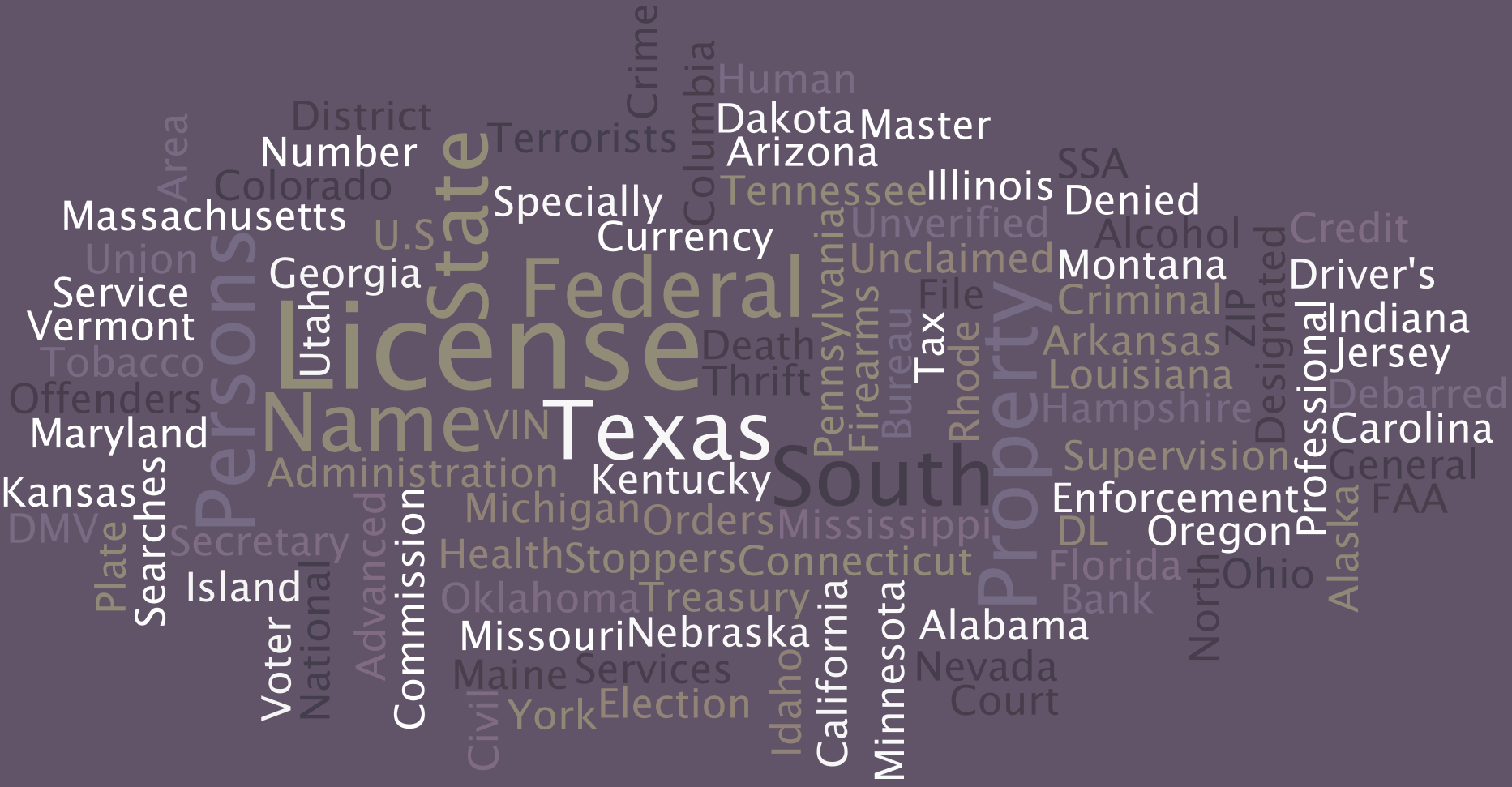 PublicData.com is the number one resource for public records from local, state, and federal agencies. Since its creation on September 1, 1997, PublicData.com has been an industry leader in affordable access to Public Records. Through the constant addition of new databases, a user friendly website, and top-notch customer support, PublicData.com strives to provide you with a quality experience and give you what you want to know when you need to know it. We remain dedicated to the idea that all citizens of our free society should have access to all of the records that government collects* and will continue to offer you what you want and need.

*PublicData.com does not provide information critical to national security and information involved in ongoing criminal investigation.
PublicData.com gathers and presents data from various government entities (directly and indirectly) and is in no way subsidized by any government.

Advanced Search is finally here! Have you ever had trouble finding a certain individual or business name on PublicData.com because you didn't know the exact format used? Have you ever needed to search on multiple criteria, like NAME and ADDRESS? Advanced Search was created to provide these capabilities (and much more). Enter as much information as you know, and records that match the most information will be at the top of the search results list. Advanced Search allows PublicData.com capabilities similar to popular search engines (i.e. Google, Yahoo, etc). It will take us some time to convert the thousands of databases available on PublicData.com to the new format, but we will be adding Advanced Search to more databases as rapidly as possible.

In 1776, a group of patriots placed King George on notice, with a declaration and list of unresolved grievances, that a new nation with new ideas and ideals was born. One of these grievances stated that the "King of Great Britain... has called together legislative bodies at places unusual, uncomfortable, and distant from the depository of their Public Records, for the sole purpose of fatiguing them into compliance with his measures." In short, the King had taken private ownership of the Public Records for his benefit and manipulation.

In the 1970's, a revolutionary attitude against the "establishment" existed and access to "open government" was demanded by the public to re-establish trust. The result was adoption of "open record acts", so called "sunshine laws", and the "Freedom of Information (FOIA)" laws in all states and the Federal Government.

In 1997, the confluence of technology, the Internet, and these founding ideals that the Public Record is owned individually by the Public rather than the government, combined to establish PublicData.com.

Today, we remain dedicated to the idea that all citizens of our free society should have access to all of the records that government collects (except information critical to national security and information involved in ongoing criminal investigation). To further this cause, we remain dedicated to delivering the most accurate, lowest priced, and widest selection of real-time Public Records access possible.

PublicData.com acquires all of its data from various government entities (directly and indirectly) and is in no way subsidized by any government or taxpayer dollars.

All information contained herein © Copyright 1997-2023 PublicData.com | Questions? Comments? Feedback? E-mail us at: support@publicdata.com
Use of information contained herein must be done in accordance with the agreed upon terms and conditions.
Viewing this page constitutes an agreement to mediate any disputes with PublicData.com in Dallas County Texas USA.
Please be aware that many US lawmakers have made certain access to Public Records illegal and it is your responsibility to be aware of which Public Records you may view legally.
PublicData.com is not a consumer reporting agency and data provided by PublicData.com does not constitute a "consumer report" as that term is defined in the Fair Credit Reporting Act (FCRA), 15 U.S.C.A. sec 1681 et seq.